When we hear the word ‘guilt’ we can often react to it by declaring ‘I have nothing to be guilty for!’

Well yes, in truth there is nothing we can identify as feeling guilty for. Nothing we can identify, no deed that stands out. It is never really the obvious and visible things that we feel guilty about, however, most of us walk around with a lot of unresolved guilt and shame. The difficulty is that because we cannot easily identify the reason for the guilt, the ‘I did this and that and feel guilty about it’, we then also have a hard time identifying the underlying feeling that has been haunting us our entire lives – determining the outcome of potential blessings that may dissolve before our very eyes.

Here are some of the things I have discovered that many clients carry guilt for:

–          For having more than a parent, sibling or grandparent who suffered

–          For being that child that was not abused, when other siblings were

The list is almost without end. Needless to say, it does indeed take a very courageous child to be more, have more and to be happier than its parents. However, in western developed nations, this theme goes even deeper.

For generations we have been raised with the Christian idea that we are all intrinsically flawed, bad, evil or undeserving of love. There are both denominational and cultural variations on that theme, but almost all of western society has been raised with the notion that we exist as a problem that needs fixing.  As you read this you may be saying to yourself ‘I wasn’t raised in a religious household’ or ‘I was raised Jewish’ or give some other reason why this has not affected you. However, cultures, nations and societies are like bodies of water – if you’re a fish in the water, you get wet, and furthermore, you don’t even know you are swimming in the water as you’ve not had anything else to compare it to. It is endemic in education, in art, societal norms, manners, philosophy and attitudes.  The values of a vengeful and intolerant God has filtered its way down to how we view both success and failure – somehow believing that if we fail we are in some way bad and not worthy.  What has very often happened as a result of all of the guilt, self hatred and shame we are trying to avoid, is that we’ve taught ourselves to use strong willpower – to continue no matter what, and all of it in avoidance of the big bad wolf of guilt that has been stalking our ‘Chrisitian’ souls since the day we were born into a culture that has been drowning in a gross distortion of Christ’s teachings for fifteen hundred years.

We have all been divided up into ‘good’ people and ‘bad’ people, we know who the bad people are and we are generally afraid to become one of them. Perfectionism becomes a prison as we spend most of our time noticing what is wrong with both ourselves and others, all in the vein hope that one day we’ll be just good or perfect enough to avoid the terrible truth that we are ‘bad’.

Freedom from guilt starts not in the mind, for we’ve already had every logical argument with ourselves as to why we shouldn’t feel guilt or shame. This journey towards true and lasting freedom starts in the more subtle body of emotions, which requires us to meet the guilt and shame fully, along with the self hatred.  What then?

As guilt, shame and self-hatred are such heavy and dreaded feelings, our avoidance of them simply gives them power. As we’ve become such a will driven society, the thought of surrendering to guilt, shame and self hatred has become an anathema, absolutely to be avoided. However, when it is not met or seen the light of consciousness, it simply stalks us like a wolf in the forest at night. At times we feel its breath on our necks, at other times we can sense it from a distance – ever present, waiting to pounce when we’re not on guard.

When guilt, shame and self-hatred have this much power, it simply leads to us creating huge distortions in our life – distortions in our relationships, self image, career and even in our physical body.  Guilt can cause us to keep all manner of good things at arm’s length and whilst we are not fully conscious of it, it can simply feel that we are merely victims of bad luck and circumstance. However, when this happens, the big bad wolf is having its own way for it gets us to feel blame instead of shame. When this happens we are absolutely caught in the tangled web that guilt, shame and self hatred weave together. As we blame we become more entangled, the knots become tighter and the way becomes increasingly invisible and impossible. As we feel victim to the bad luck shame and guilt brings us, the clutches of self hatred become stronger. Somehow, we have to break free.

So many of in response to all of this launch ourselves into positive thinking, affirmations, behaviour modification techniques and also spiritual bypassing with use of will. We somehow believe that if we simply ‘try harder’, we will be free of the lack of success, relationships and the unspoken guilt that has haunted us. However, ‘trying harder’ plays right into the hands of self-hatred. When we try harder to ‘overcome’ guilt, shame and self-hatred, the knots in the web get tighter for all of the trying, use of will and behaviour modification is in and of itself a part of the entangled self-hatred. With this, it is not being suggested that you become without will and passive to all of life. What is being said, is that to meet the bad wolf is what reduces its power. A wolf that has never faced can stalk you. When you turn and look at it, it is seen for what it is. At this point it loses its power. However, surrender to it you must.

Very often we discover that our guilt, shame and self hatred have roots in early childhood and once the feelings are allowed to surface freely, they are often released in great chunks, thereby losing all the gravity that stagnant feelings have.

No amount of logic can free us from guilt. What frees us from guilt and shame is to meet the ugliest truth we’ve been telling ourselves. Once that ‘truth’ is exposed as the lie it always is, then liberation begins.

Think of it this way for a moment. Let’s say you live in a castle and from behind one of the closed doors you hear noises. You become afraid of this door and of the room behind it, even to the extent of walking the long way round to avoid passing it by. In your mind this room could contain all manner of evil and bad things. Eventually the presence of this room and the unknown sounds coming form it begins to haunt you so that your entire life in this castle is dictated by its presence.  You’re now trapped. An entire wing of your castle is never shown to your guests and you even seek to deny its very existence. As time goes by the wing that contains the dreaded room becomes increasingly camouflaged and covered,  the burden of telling more and more lies weighs you down increasingly, and you need to create more and more elaborate stories to cover the presence of this wing and the room  – until you become exhausted and can do it no longer. The stories you’ve told yourself and others no longer work, they no longer satisfy and it is not long before the cracks in each film script we’ve written begin to appear almost as soon as we’re done telling it. Eventually, as the pain of living an inauthentic life in which the truth of who we really are is suppressed, we give in, sometimes brought to our knees with life’s failures so that we have no choice but to look into the little room of horrors. The hallway leading to it is frightful. What monsters will we find? What we find is a little boy or a little girl who is lonely and bouncing a ball up against the wall hoping that someone will notice. Freedom from guilt is going into this room.  All of the lies and smokescreens shatter when we do this. It is not all comfortable, some of the shattering is unpalatable and can indeed be frightening, but we didn’t ask for comfortable, we asked for freedom. 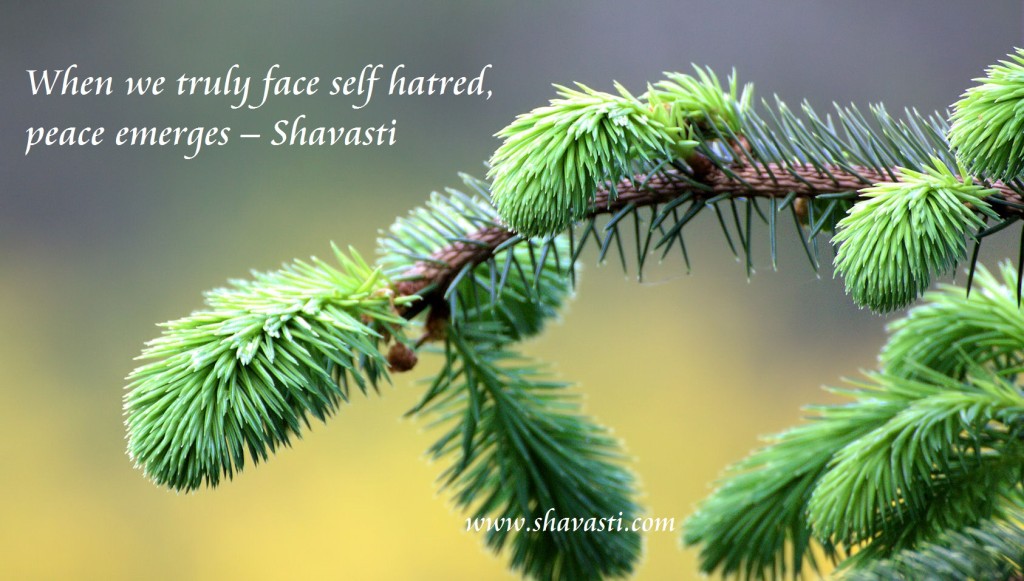 Easter – The teachings are always hidden
Adoption – The Shadows, the Shame and the Sharing