When I was in South Africa I had the privilege to work with a group of men who had been in the special forces under the old Apartheid regime. These men had been involved in state sponsored torture of their victims, mostly black Africans who were part of the struggle.

What I learnt from working with them was that underlying was the belief that they no longer had the right to belong to the human race as they had defiled something sacred, the human spirit. With that lack of membership to the human race, some could only continue with their ‘evil’ ways, locked into the darkness as there was no way out for them, no way you return to the light. The men I worked with wanted to come ‘back home’ again, but they still struggled deeply with feelings of self-rejection and self-punishment. It was with this work that I first really began to see and feel that the word ‘forgiveness’ is quite mute and of little use in such a process – for it is often the ‘good’ forgiving the ‘bad’ – the spiritual welcoming them back to the fold, simply another mask from my point of view. This point of redemption really had to come within and what I saw was that very often the key to their redemption lay with the victims – likewise the key to the recovery of the souls of the victims lay with the perpetrators.

The guilty and the innocent, the perpetrators and the victims, the evil and the good appear to have a relationship that is as strong as any love bond I have seen – evil being the opposite side of the coin, but the same in bonding nonetheless. In my experience, any relationship that is not concluded with mutual respect seems destined to endure. That was a sobering thought and observation.

For the men who could not even conceive belonging again to the human race, it appeared that their only option was to continue with the evil, it gave them a sense of belonging to something, and as the evil was the opposite side of the coin to a love bond, the bond to evil endured – they belonged still.

This whole concept of fighting evil is rather strange to me, although at times in my work in the Astral, standing my ground helps, but part of that standing my ground is literally grounding and making the light of my heart bigger, stronger and supported – it is not a war stance, but one of standing in the light, not naively (which I’ve done in the past), but resolutely with the conviction that the light shall triumph – not to destroy those in the dark, but to make a clear and resounding statement about which side of the love/evil coin I choose to stand on, whilst at the same time, extending the invitation for them to belong once more – which they still do, in essence, they just can’t digest it.

Evil is most definitely separation, but at the same time, not as separate as one might suppose. It is a negative sense of belonging to something else, negative bonding, which is bonding nonetheless.

When we commit evil, when we perpetrate, I’ve observed that there is a self-imposed separation – as if it is an atonement imposed by the soul, and the evil doers are then led by an impulse to continue with more of it for they are unable to face what they have done, totally separated from themselves.

There is much skill required in balancing all of this and I perceive at times to be like walking a tight rope across a deep gorge that is suspended over the bowels of hell. One the one hand, we need to welcome the evil ones back to the family, the greater human family, both physical and non-physical, but also stand our ground when those who are so blind wish to impose their distorted sense of belonging upon us, define a boundary, give a definite and absolute ‘no’, and yet keep the heart fully open in the hope that they may hear the call to return to love. This is a work in progress for me personally.

For me it would seem that the ‘evil’ ones start off with self-imposed excommunication from the greater family, then it simply becomes their own reality and they forget how it all started and become polarised. Our job, in my view, as healers, is to find ways to remind them of who they are, to whom they really belong and to appeal to them to return to the fold, but, as earlier said, not allowing naivety, a love mask, or lack of vigilance lull us into a sense of too much trust- it’s a balancing game. It would seem that the more awareness I have of my own indestructible core essence; the more success I have. The key seems to be not to push against, whilst at the same time defending a boundary – a balancing game – if I push against, I go into separation along with them, not to the same place, but separation nonetheless.

One of the healing keys is allowing our hearts to weep for those lost in evil, our tears beckon them to return to the family, for we mourn for the great loss of soul they have imposed on themselves.

I deeply honour the time I spent with these men. So deeply damaged by their own actions, so deeply lost, most of my tears were about what they had done to themselves, not what they had done to others. When we weep for them, they know that they still belong, for someone still weeps for them, like a mother whose child has been lost in the wilderness, but like a mother, willing to defend her home and chastise the lost child if he cannot hear the call of the mother’s heart to come home.

‘When we cease weeping for the evil ones, they will never know that they once belonged, for when we weep, we weep for our own’ – Shavasti

As we weep for the those lost in evil, we hold out the hand of redemption, likewise redeeming ourselves from our own separation. They may not respond and take the hand of redemption that is stretched out to them by way of our weeping for them, and we may need to stand our ground once again, dealing with the reality of their actions. However, we do not need to choose between standing our ground and being in compassion, we can walk that thin line.  When we stand our ground without weeping for the losses and the loss of our brother or sister residing in the dark, just like in family systems, we condemn ourselves and other generations to live out the separation in ways yet to unfold. Sometimes a heart needs to break in order to open – and so we can lament the losses of Adolf Hitler, Joseph Stalin, Pol Pot and the many other tyrants on both international and private stages – for what they have lost is their soul, this is indeed something to weep for and to mourn. In doing so we encounter our own longing and separation from the mother and father of us all, the Divine.

So perhaps, and not out of pity, condescension, or from a point of the good forgiving the bad, one of the keys can be to weep for the tyrants in government, the oil men, those who run big pharma etc., not for what they do to our beautiful and exquisite planet, but for what they do to themselves, for truly they are like the prodigal son for whom we await return. Meanwhile, we chastise, object and say no, as a loving parent, and pray that they will one day return to the bosom of fellowship with all of humanity, not to do as we say, but to unfold in their own way as they redeem themselves from the self-afflicted and afflicted damage. The door must always remain open, thoughtfully guarded, but not fenced off, forever in the hope that they will hear the call of belonging. When we push against them, we join them in their particular self-created hell and we become the blind leading the blind, unable to crawl on hands on knees back to the light, but engaged in a battle in which few are redeemed and no-one can win, so we stand waiting at the doorway, longing for their return, but ready to defend what is good when they cannot hear the call and attack. And so they attack, we fend them off, we go back to the door and wait again patiently, calling to them with our longing, and we do this for as long as it takes – so that they can know that they still belong. This is my prayer and my great hope.  For our pain and anger towards these men and women of evil, is truly the pain of having lost a family member and our deepest longing is to welcome them home, as we ourselves long to return home to innocence once more and that our days of atoning for all that has gone before can finally come to an end – in peace. It is our loss of innocence that we are angry about and this cuts like a knife into our soul, we long for our eyes to unsee what we have seen, we long for our hearts to be unbroken, as we long for our words of malice to be unspoken, and our deeds to be undone. We seek redemption, and for that we need to understand that opinions are a function of the mind, for the heart has no opinions. Our redemption, as always, awaits us in the heart.

Feelings & Emotions: Power of knowing the difference between them
Healing the World – One Individual at a Time 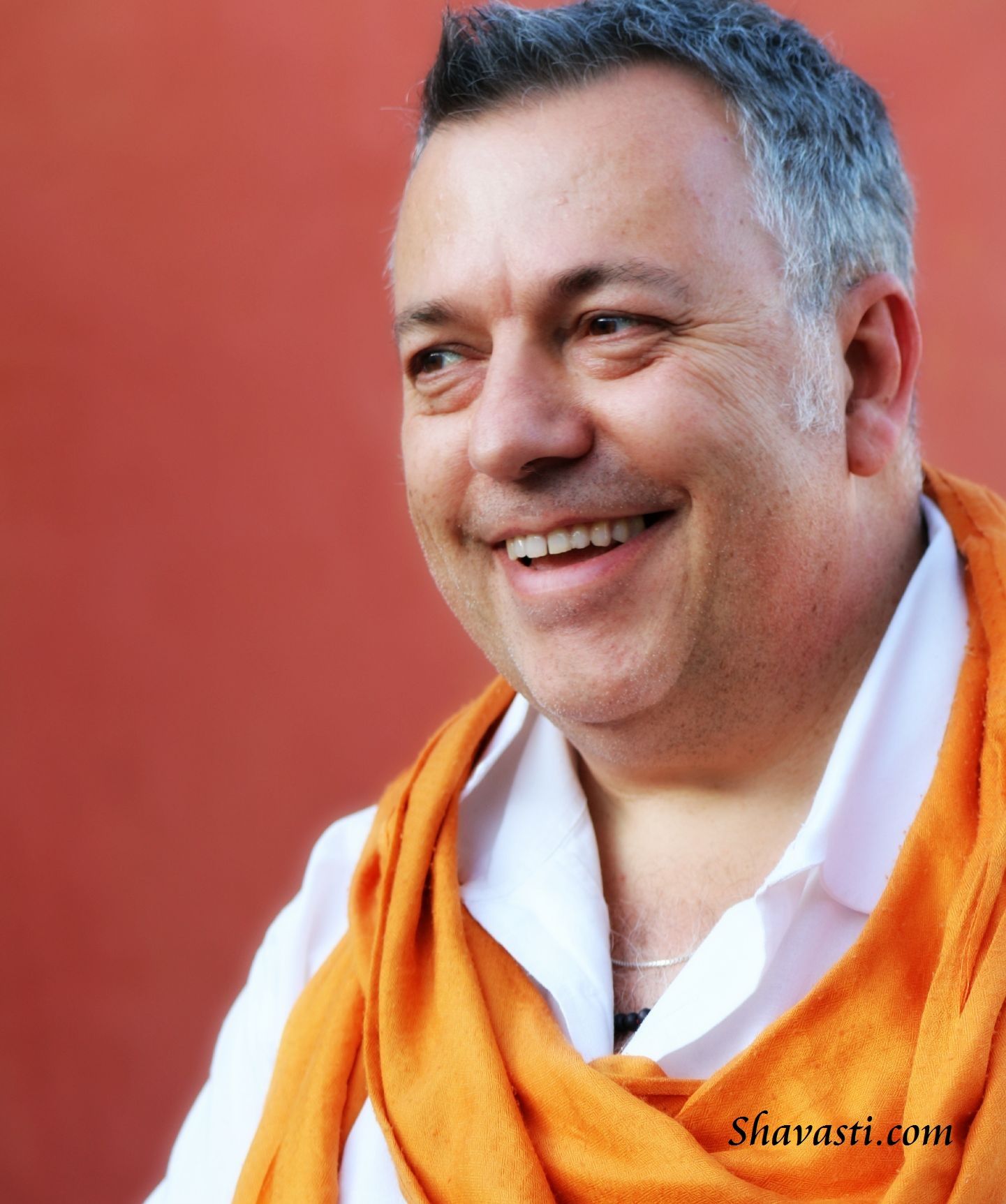